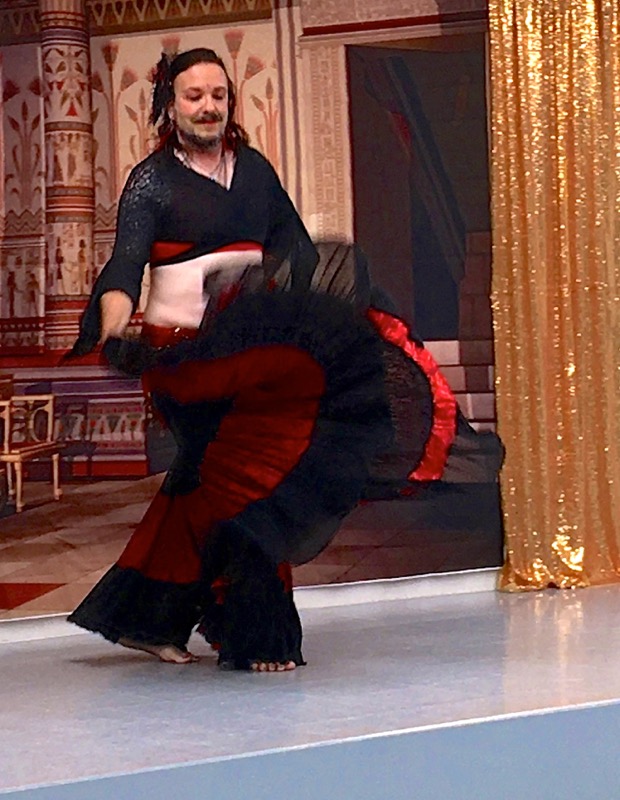 In Step With Dunia

These are WELL worth the watch!

Cruising the "wayback machine" (Internet archive) and found a pair of pix of the late Didi, so I snagged them and put them into her gallery. THEN I found a few more on the current web, so I put them in her gallery as well. I still miss her...

Also found this picture as a real film photo print, remember those? 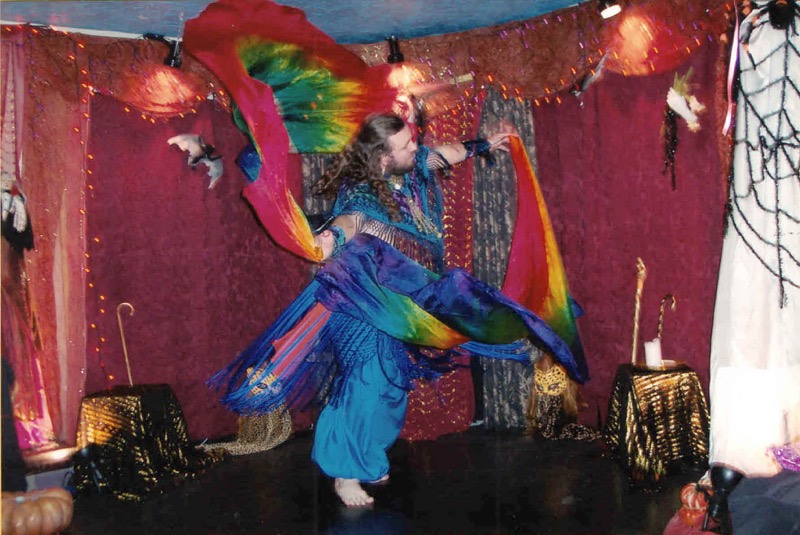 29 October 2004 @ Kalisa's
Scanned it in and added it to both the Old Picture Gallery as well as the appropriate location in the 2004 Dairy.

Pictures from the Spring Hafla have arrived, and are now in the 2022 Gallery.

ABDC Spring Hafla - live! First time in 2 years. I did not do a solo, time limit is just too damn short for me to get excited about it - but I did dance "Op" with Luna Habibi and a gal named "Heather" had given a short workshop on a choreo that I also got up and blundered around with. Pix should be forthcoming...

Now that I can post videos of "Mary Jane's Dance" on youtube, I uploaded 3 of them from the past:

Mindy's class in 2013, Mindy was kind enough to ask me to dance for her class!

After years of not being able to post videos of "Mary Jane's Dance" on youtube, apparently youtube came to an arrangement with the copyright holders of the music used. Therefore I was able to actually post the video of last weekend's performance:

The all new 2022 Gallery is now open for business, starting with pix from last weekend's veil duette with Jenn!

Fooling around with a video editor, I slightly revised Thalya's video for Bianca's event by adding an unused sound clip from my "Reel of Years" promo video. I had to lengthen the video slightly to accomodate the sound. It turns out that if a video is uploaded to youtube, is vertical or square format, AND is less than something like about 1 minute long, it gets automatically converted into a low rez version called a "short", and is displayed in a loop in a frame that is even shaped like a smartphone. Apparently designed for smartphone idiots that cannot turn their phones sideways to compete with TikTok and Instagram. I want absolutely NOTHING whatsoever to do with smartphones, Instagram, TikTok or other nonsense. So I had three videos this had happened to. I changed two of them to horizontal with black bars format, and deleted the third. This video was the first:

Said event was tonite. Danced "Mary Jane's Dance" as a solo. Something goofy with the computer running the music, I ended up dancing to part of Jenn's music, then there was a long silence, then mine came on. As sound problems go, this was beyond minor! Used my pink/fuchsia swirl veil for this dance.

Then danced the Luna Habibi veil dance with Jenn (with a new 4 yard vari-colored blue veil). The fact that it was a duette instead of the full troupe meant a couple of minor last minute changes were made. It was "ok", but I made plenty of mistakes - I'm not particularly happy about my performance here.

A non-performance. An outdoor performance I was originally supposed to dance at. Between not being rehearsed for the troupe dances due to my extended recuperation from the CCP virus, coupled with unexpected de-scoping of our performance by the event organizers, resulted in my not dancing - although Jenn and dance sister Liz did.

Goddess Athena was looking after me - this event was outdoors in 50 degree weather with a gusting 10 to 15 knot wind. Even colder than an event in Monterey years back with Janette that was also freezing cold. I attended as the designated "Booth Bitch" while they were up dancing. With veils. They did a fantastic job with the veils as dancing with them is always a challenge outdoors, never mind with that much wind. I'm very proud of them both!

They also did "Hely Meli", also with a

And ended with "Op", which was joined by Thayla with her troupe; and briefly by Bianca who had to withdraw as she discovered that she had injured herself during her own performance!

Zaira and her troupe performed as well. An unexpected performance by Tambil was a special treat!

Thanx to Nadirah Johara, I had a very nice beach sequence filmed for promotional purposes. So I combined it with several excerpts from many years to create a Demo Reel, aka "Reel of Years". It was quite a bit of work to get this done, and being as I was - and as I write this still am - sick with the CCP virus, I'm sick to death of this thing although I'm proud of it at the same time: