First are some pix from Zorba's performance for Kalisa Moore's 78 Birthday on 30 January 2004! Thanx go to Alan Messick (once again) for these pix!

Lower down are several pix from a couple of double veil performances.

Below that are pictures from Zorba's "Featured Perfomer" performance at Kalisa's of 20 February 2004 - including his very first double veil performance! 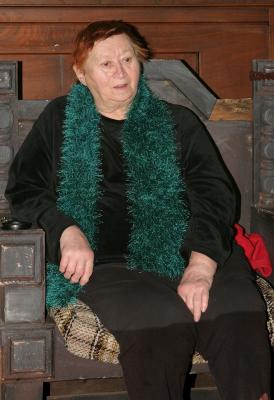 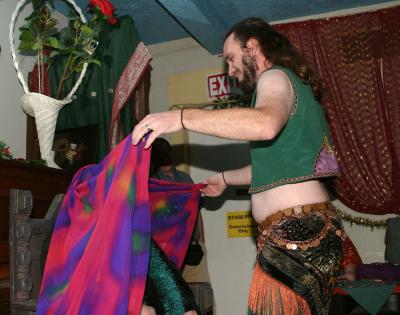 So I could get my veil around her! 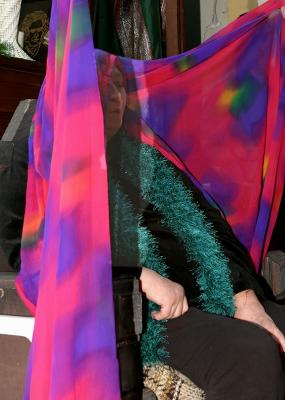 Alan HAD to have worked hard to get this shot
of Kalisa inside my veil as I danced for her! 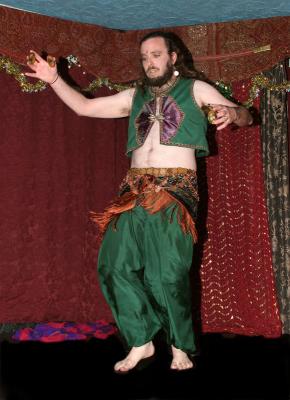 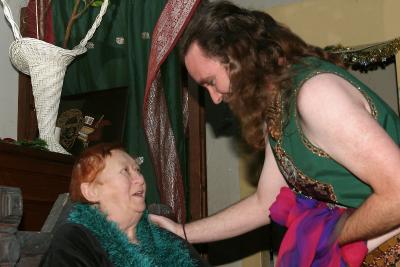 Afterwards, wishing the Birthday girl a happy
one just before the cake was brought out. 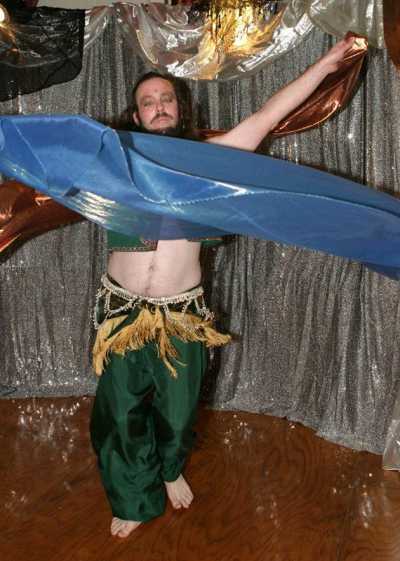 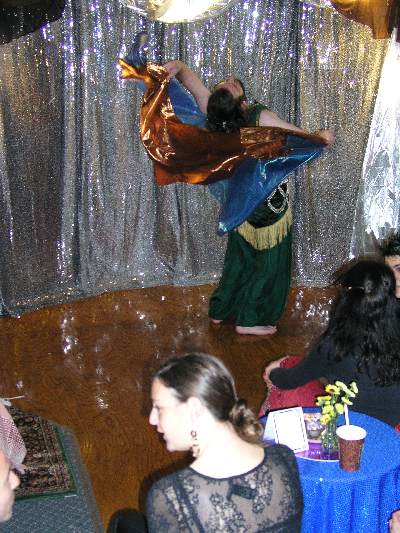 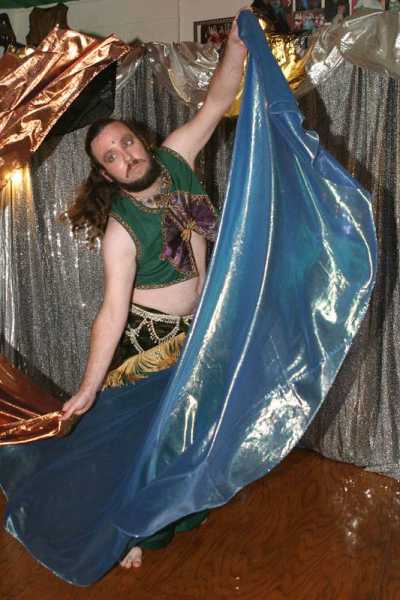 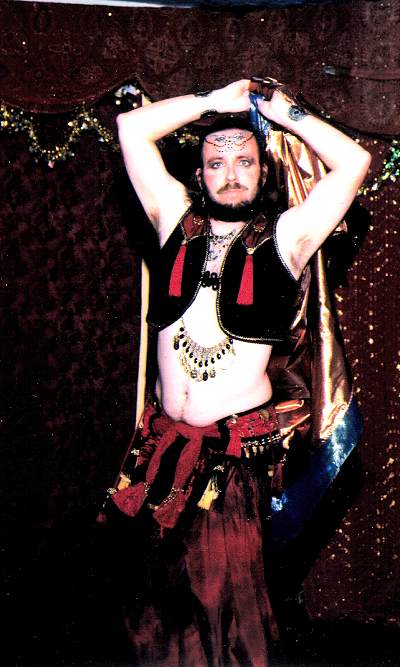 A shot from another D.V. performance.
Here you can see my 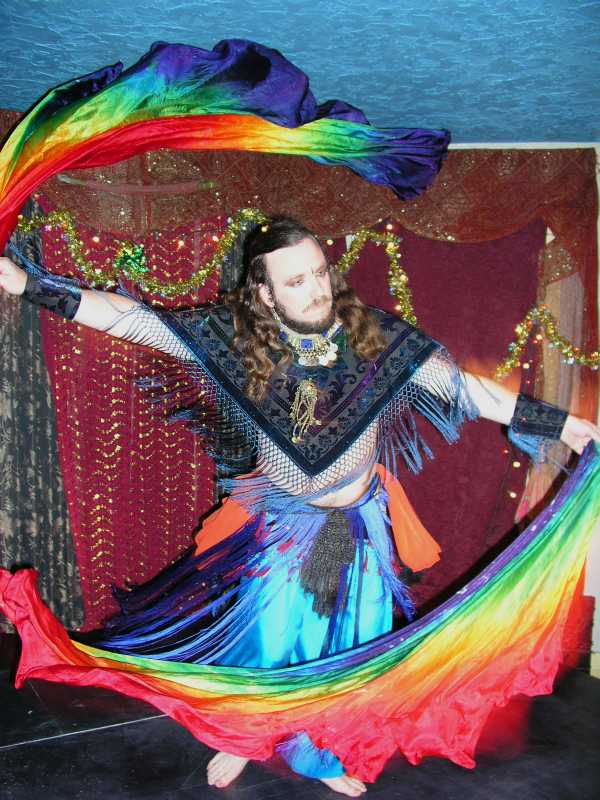 A shot from yet another D.V. performance (06/11/04).
Here I'm doing a barrel turn with my beautiful silk veils from 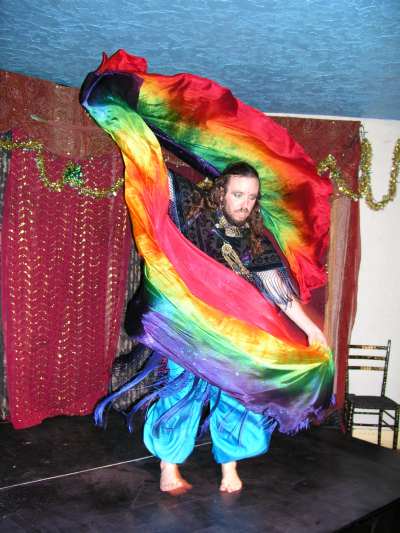 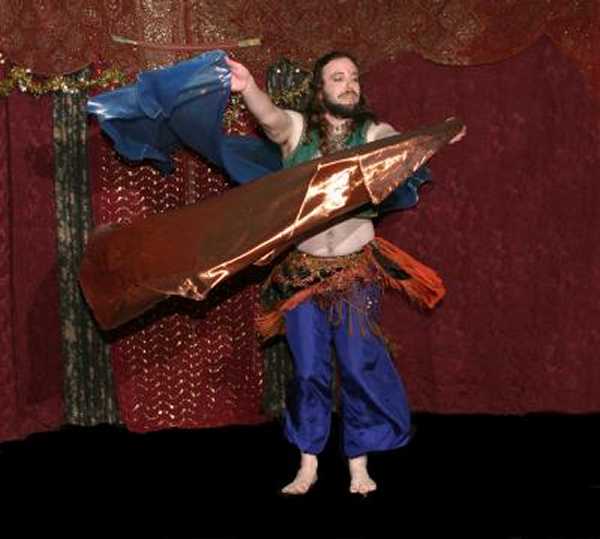 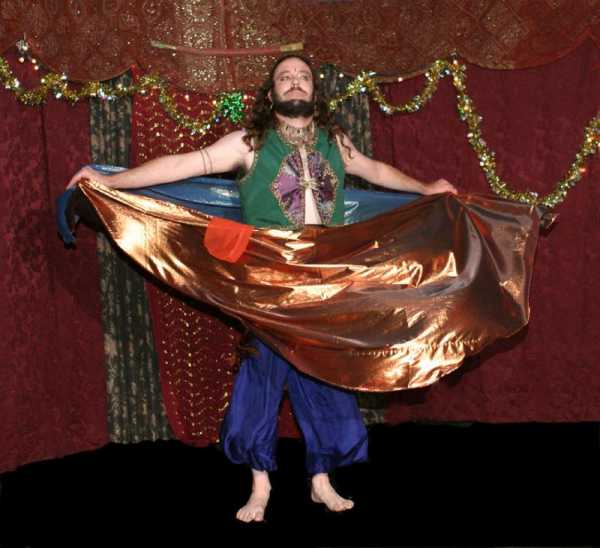 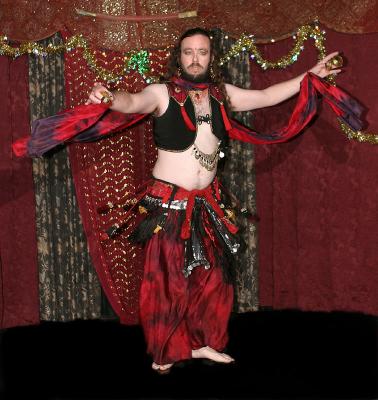 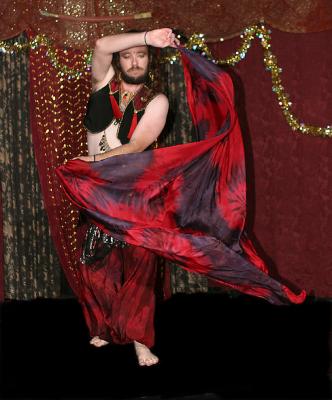 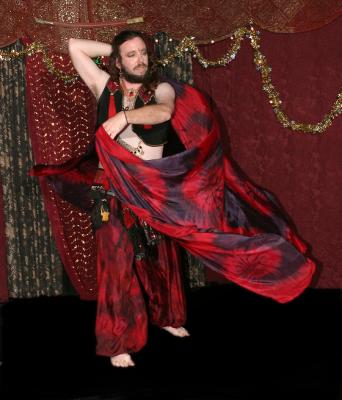 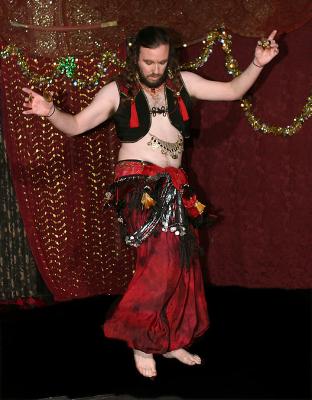 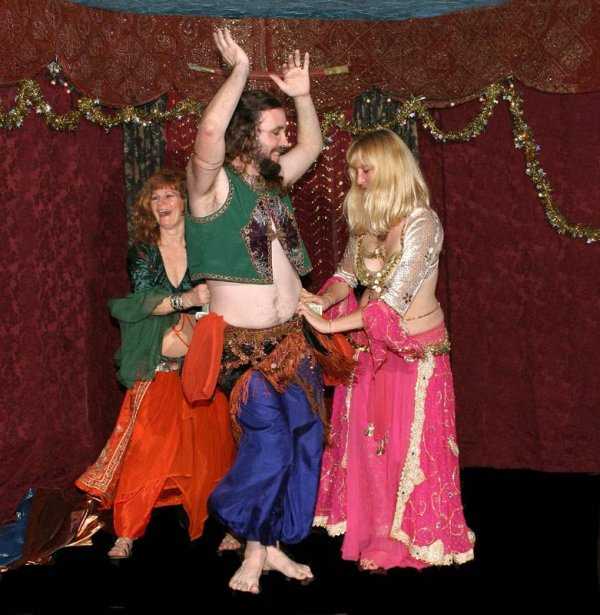 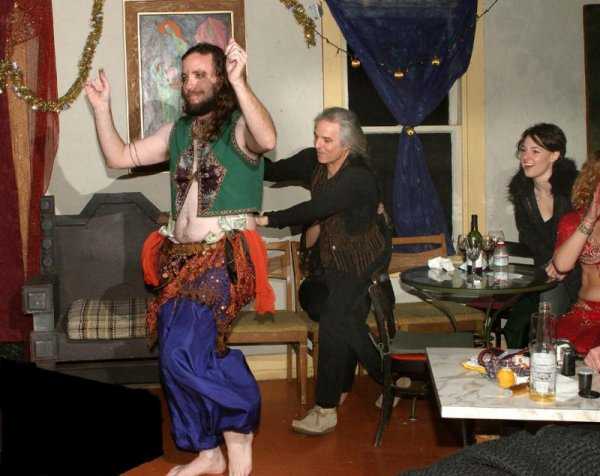 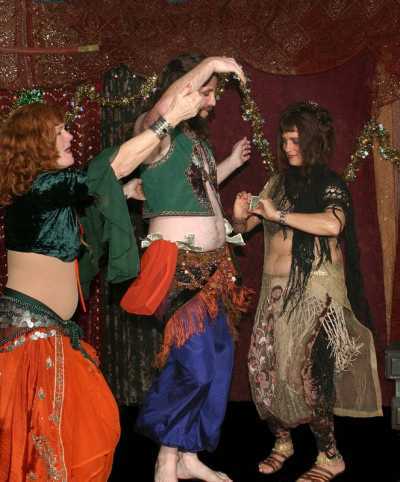 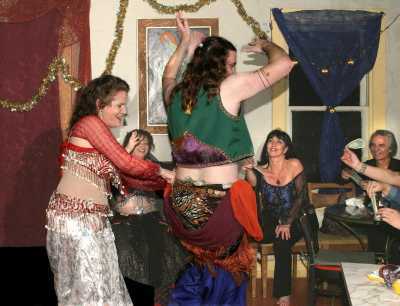 Although I must beg forgiveness for absolutely BAD arm positions here... (02/20/04) 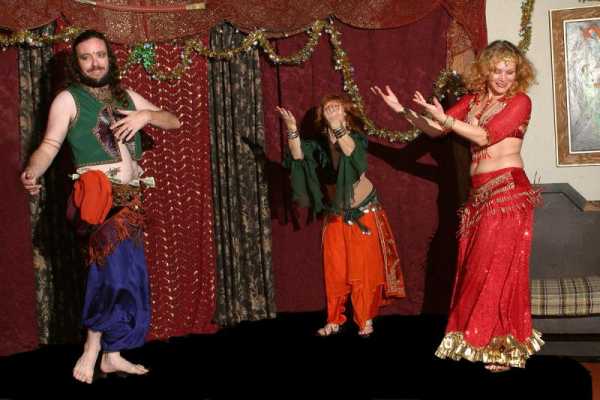